We Have Standard, Medium and Mini Golden Doodle Puppies for Sale in North Jersey, South Jersey, Central Jersey and The Jersey Shore! 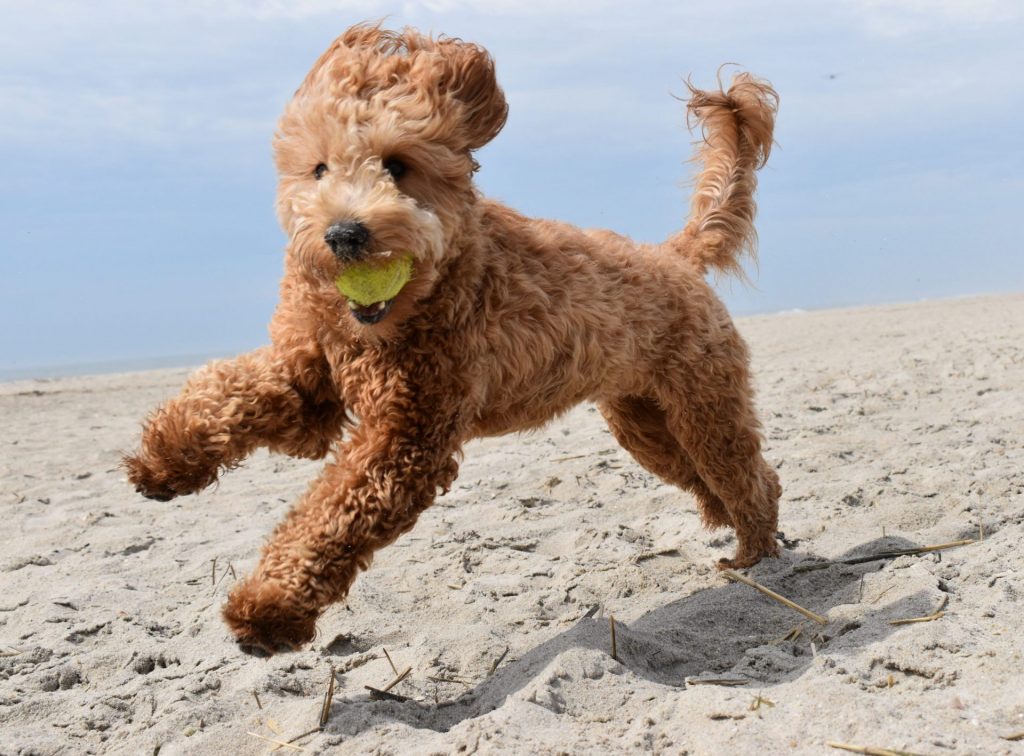 At Breezy Hollow Puppies we strive to present a healthy puppy that is well socialized with great a temperament. We take great care in raising puppies that will be ready to fit right in with your family. All of our puppies are up to date on shots, have been dewormed and have been checked by a vet for any health issues. Our furry friends also come with a certificate of health signed by our vet. Our goal is to make this a stress free and enjoyable experience for you and your family.

Why a Goldendoodle Puppy?

Goldendoodles are a relatively new dog breed, appearing first in America in the 1990’s. The adorable name of Goldendoodle was coined in 1992. While not officially a registered breed of their own, Goldendoodles are commonly considered a “designer breed” because each of the parents is a purebred, but are different breeds from each other.

Poodles typically don’t shed and are very athletic and intelligent, while Golden Retrievers are lovable and playful family dogs. The mix of the two breeds makes the Goldendoodle a great choice for a lifelong pal, especially for those with mild pet allergies, though no dog is completely hypoallergenic. It should be noted that Goldendoodles are a mixed breed dog, and it’s difficult to tell which traits they inherit. 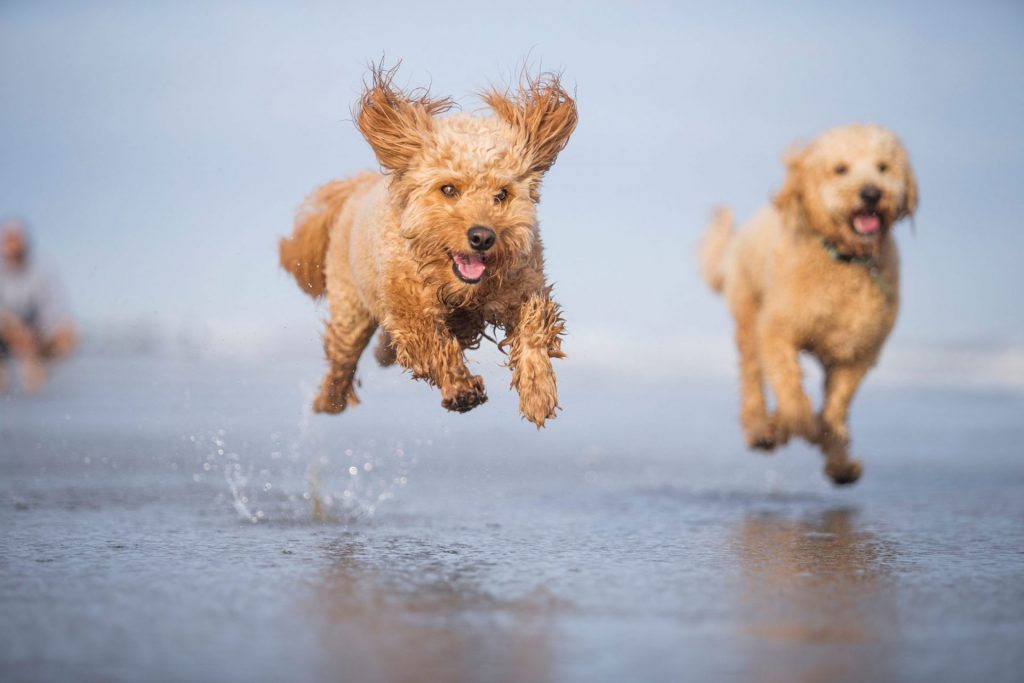 How do I adopt my Goldendoodle?

Find Your Puppy!
Browse the puppies listed on our website or reach out to us if you don't find what you're looking for.
Available Puppies!

Reserve, Arrange For Pick Up or Drop Off
An easy reservation process. You can pay the adoption fees with a credit card.
Available Puppies!

Bond With Your New Pal.
We're here to help! If you have any health related questions or tips on getting your new puppy used to his new home just let us know!
Contact Us With Questions

A Few Of Our Customer Reviews!

Leave us a review on our Google page!

 5/5
We received our precious Milo previously known as (Mahlon) in December. He has been such a great addition to our family as he extremely smart and friendly. Omar and his assistant Denise were very friendly and helpful throughout the entire process. We highly recommend Breezy Hollow Puppies and so glad we were able to get our beloved Milo!!♥️♥️ 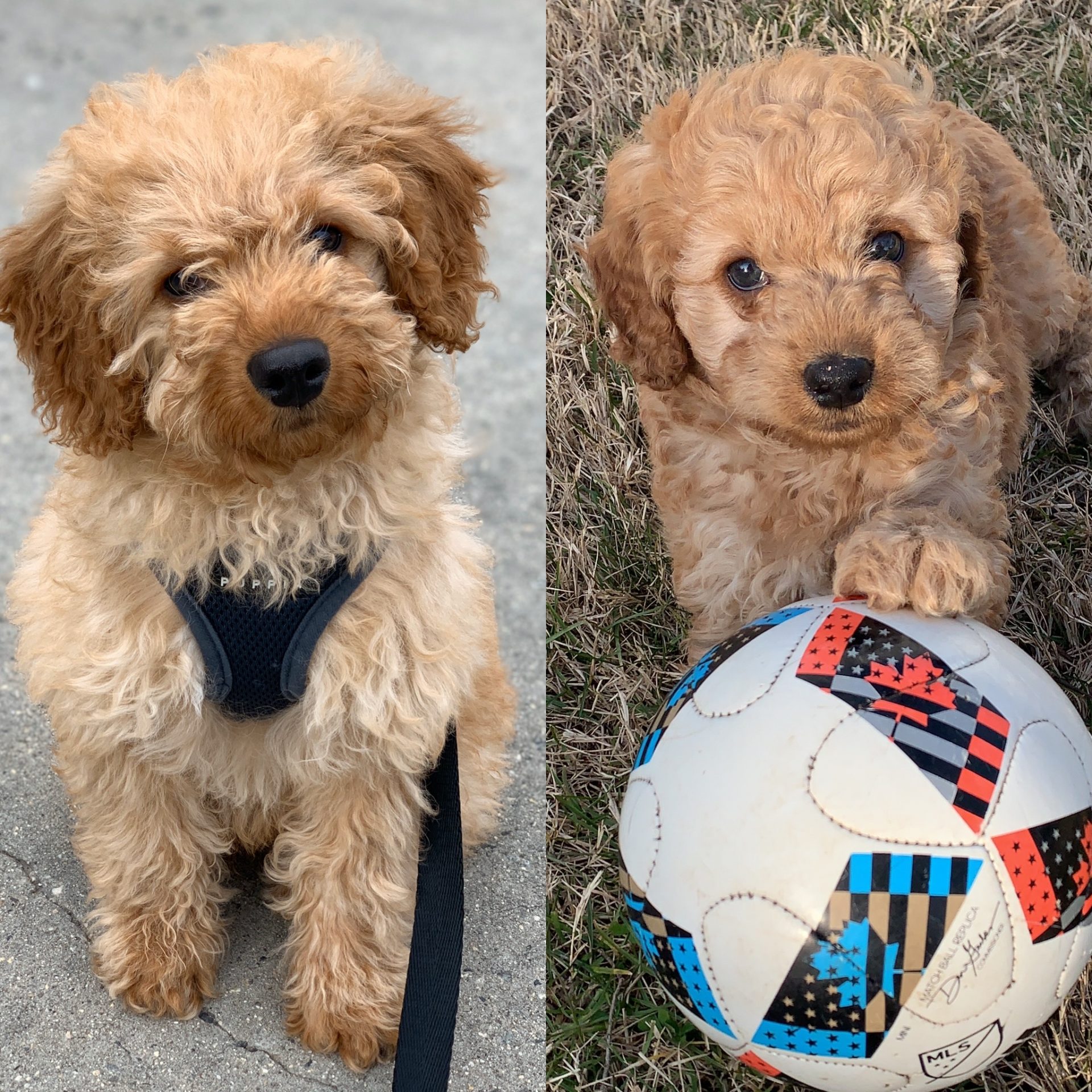 Alex Martinez
Wonderful Addition to our family!
 5/5
I got Jaxson back in October and he has made my life complete. He is so full of love and energy. Mr. Omar Lapp was very helpful and both him and his assistant have been checking in on Jaxson to make sure his transition has been smooth. I will definitely come to him first when I am ready for my next pup. 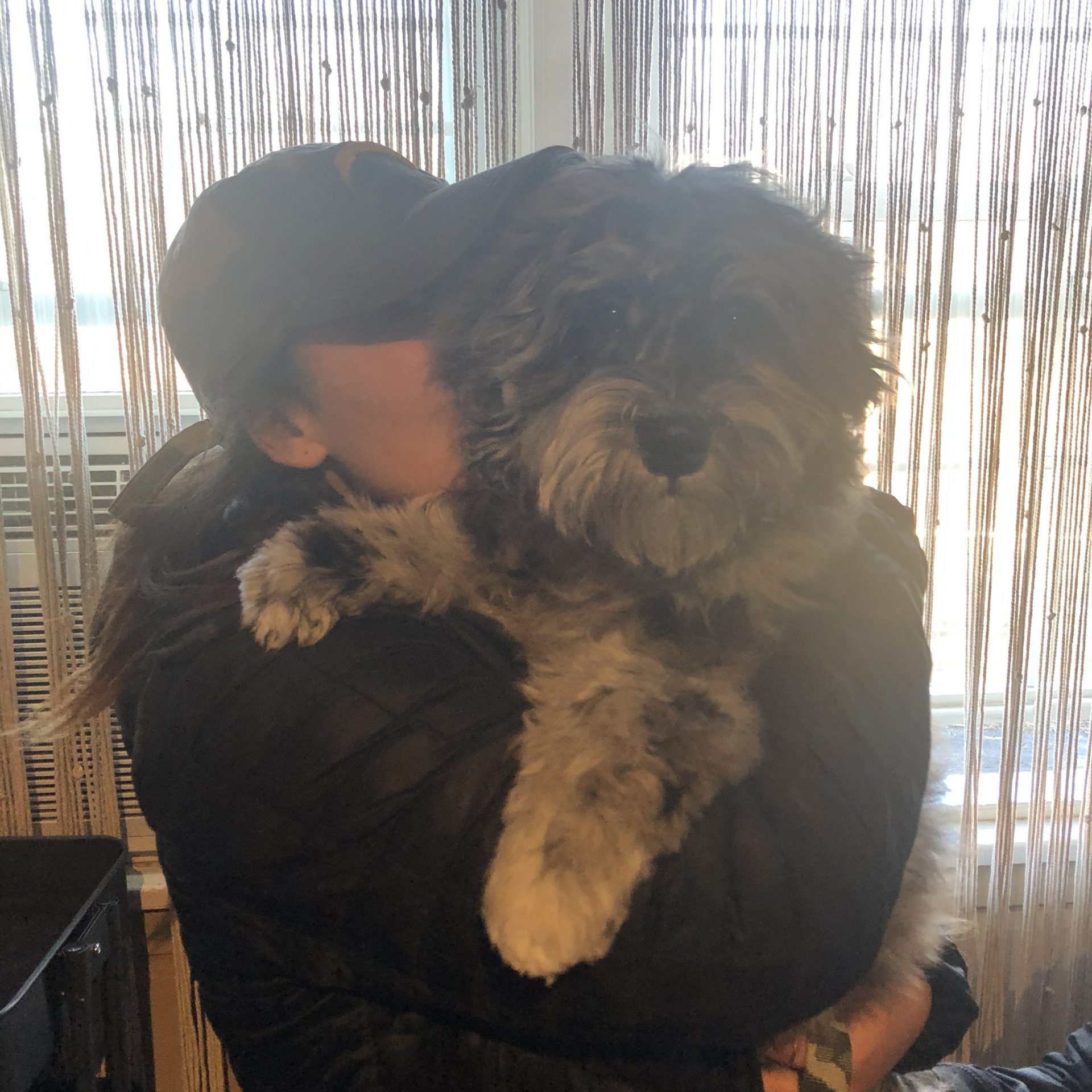 Alannah Bunkley
In LOVE with my boy
 5/5
This is Chewie and we are so blessed to have him to complete our little family. Omar was amazing since the moment we contacted him. He answered all our questions and even waited for us until late at night to meet. Chewie was even cuter in person, he was extremely friendly since the moment we met him. He is healthy, athletic, VERY smart and friendly with other dogs and humans. We are extremely thankful for the great care and help! 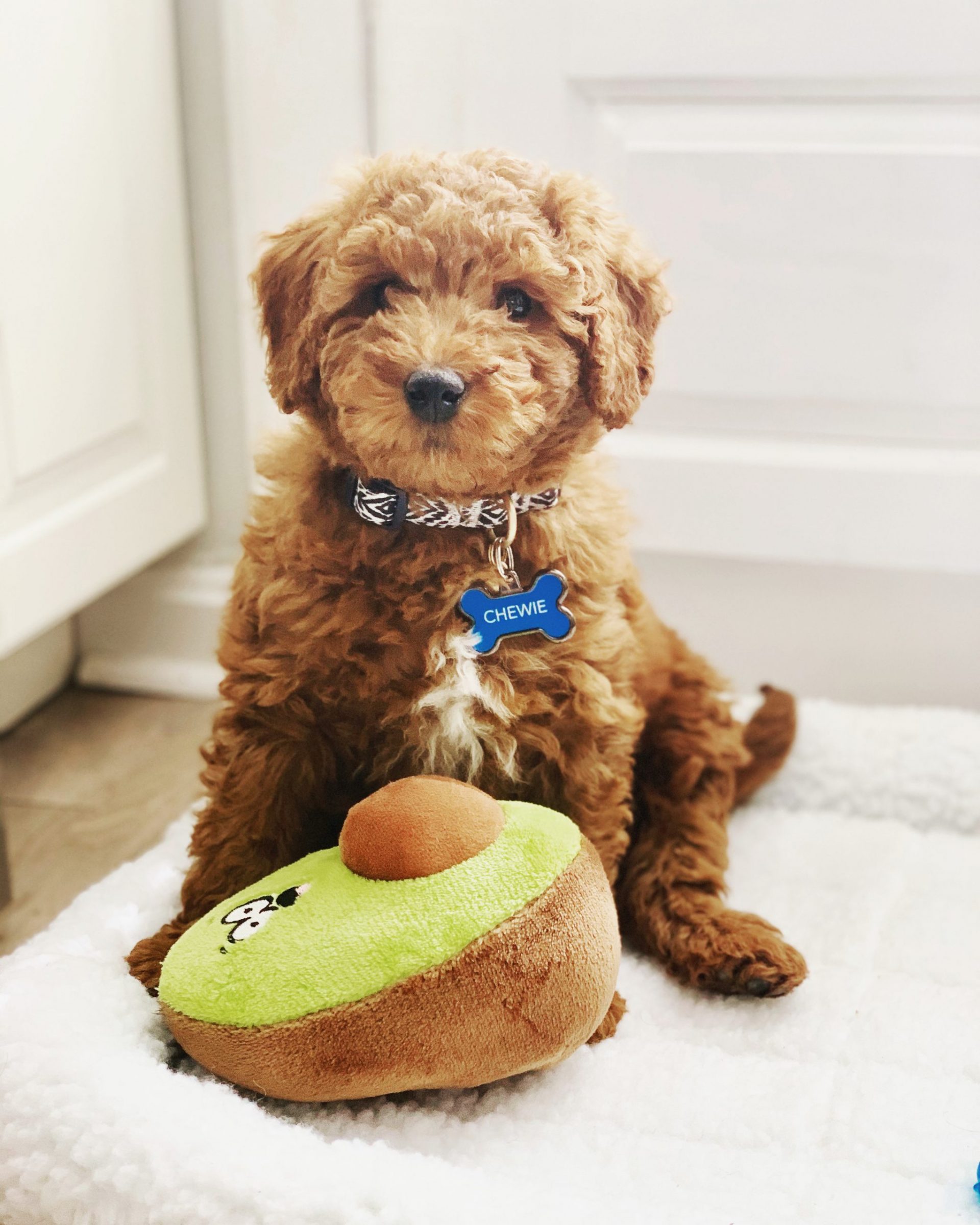 Alina Velasquez
Amazing Puppy! Easy process! We are very happy!
 5/5
This is Molly. She is now an 8-month-old, 45 lbs golden doodle, and is the best dog ever. We couldn’t be happier. Molly was very easy to train, great with people and does not shed. I would highly recommend Mr Lapp’s Goldendoodles to anyone thinking of bringing one into their family. We did, and it was the best decision of our life! 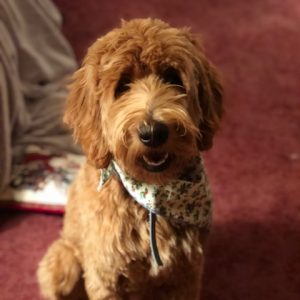 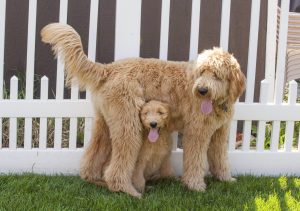 Ready To Meet The Perfect Puppy?

Click here to find a match for you and become the home for your new puppy!

Here's A Small Sample of Goldendoodle Puppies for Sale in Newark NJ! 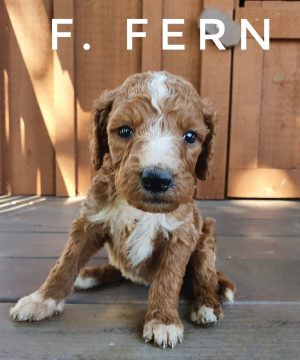 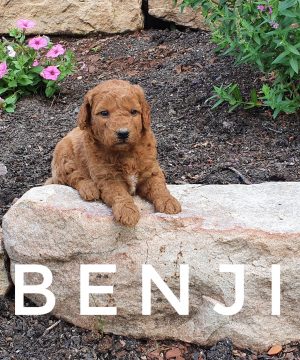 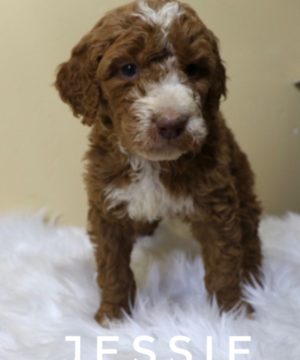 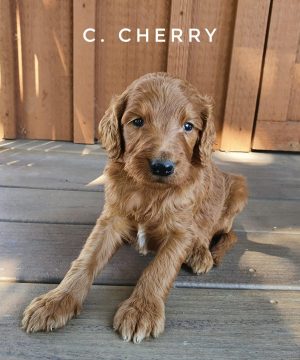